At an interesting point in the season where we’re left to be excited about a Manchester derby, relegation battles, and the potential automatic European spots. In other words everyone outside of SW doesn’t care about the Premier League anymore.   That is, of course, for those of us not watching the battle at the top of the old second division.

If Bournemouth hadn’t beaten Brighton today it would look even closer but it’s definitely tight at the top.

But this is Premier League picks and not a “fingers crossed for a Watford victory” post!

Really only one interesting game today as the former Spurs manager Mr Guts and Hearts shows up at White Heart Lane (yes that was deliberate) with his new team and hat trick hero Benteke in tow.

Everton have finally quashed the notion that they could relegation fodder and should be looking to make an end of season surge to mid-table mediocrity.  Swansea are already positions there and will be looking to not fall to bottom half mediocrity.  It’s hard to imagine anything less than a hotly contested game when the level of mediocrity is at stake.  Everton playing in Wales will bring it home.

Leicester feel the excitement of a win and then immediately feel the disappointment of the teams above them matching their 3 points.  Deflated, I expect them to fall to a team that is eager to show improvement after being whipped last week at home against QPR.

West Ham have shown their true class since the Christmas period – lower and falling.  Stoke has not been much better.  Tied on 42 pts which is typically the pre-season relegation avoidance target, both will move to the safety of 43 pts.

And then we get to Spurs taking on their former manager:

“Saw my mate,
the other day,
said he saw, the White pele,
said to find him at White hart lane
goes by the name of Harry Kane”

Eventually he will be found wanting but not by Aston Villa.

Pardiola has kept up both Crystal Palace and Newcastle this year – individually those are feats of merit. Together he should be considered a lock for manager of the year.  Sunderland with a big derby win last week will carry momentum into the game and walk away with a boring one niller.

Arsenal are the in form team and will continue to put some pressure on Chelsea. 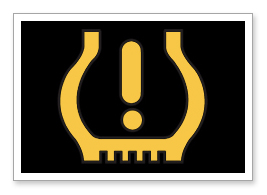 Chelsea meet a decidedly stubborn QPR but will once again come away with a victory and Hazard will continue to amass popular opinion points that he is player of the year by scoring a penalty.  The commentator will amass popular hate points by pointing out that he looks at the goalkeeper when scoring the penalty…*yawn* … did you know that Panenka….*zzz*…. some stories get old.

Old Toilet.  It’s where Manchester United play (officially located outside of Manchester) and describes Manchester City’s defense.  Citeh look like they’ve given up.  Ya Ya runs around like he’s still looking for his birthday cake and belting the ball mostly off target (yes, I know he scored).  Manchester United have continuously over achieved and they will continue to do so with a lack luster draw.

Brendan manages to figure out how to make Sterling, Coutinho, and Sturridge play together.  Result is a respectably scored massacre.