Stream of consciousness this week… as usual… so keep the expectations the same as Burnley’s when reading… low.

Just a couple of weeks left until we get to the post Christmas table and the plethora of predictions and prognostications that come with it.   The so called “Curse of Christmas” that says the bottom club always gets relegated (except when they don’t – West Bromwich and Sunderland just last year with their improbable come-back).    Of course, back in 2005-6 Watford has one win by Christmas and proceeded to go down back into First Division.

Last year was good for Liverpool fans: Suarez scored the most goals in a calendar month (10) and Manchester United stunk it up with back to back lossed.  This year? Well Liverpool might not want to talk about it too much…

So how will things go this week?

Manchester City’s owners have tried to make it clear they have a long term plan.  A youth program that has Paul Scholes concerned about the future of his team.  Now the bosses are updating the University of Manchester’s Owens Park Campus.  I can say first hand that it needed updating back in 1990’s…  The point is, perhaps it’s time that we gave the owners credit for more than just pumping money into a team.  I know it galls Man United fans but recent history points to the reds being more dependent on revenue streams than ever.   Two shirt sponsors?

Anyway, Crystal Palace are a tough nut to crack and drew against a stubborn Stoke City team last time out.  Citeh are missing key players Aguero, Negredo (yes, I count him) and it’s getting tough to see where the consistent platform is.. fortunately, they have Silva playing again.  He’s the little engine that can and with movement that frees up the space for Ya Ya to move forward and really be the attacking threat he should be.  They’ll take advantage of the big African before his nation comes calling for some tournament overseas that wrecks many an EPL game.

Last week the Spuds finally won against 10 men and have moved all the way up to 7th spot.  Pochettino must really know what he’s doing now.   I see Burnley and I see a team that has less wins than Q.P.R. and that’s not good.  Another 3 pts will have us discussing the reality that the Y*d Army might actually be travelling to Europe next year.

I finally gave West Ham their due and West Ham continue to win.  It has to end because it has to end, doesn’t it.  There was a time when even the fans wanted Fat Sam “You Kill Football” Allardyce..so what is it?  Maybe it’s their “attacking” coach?  It might be, it might not, but if my wife was in charge she would approve of the attacking coach.

I think the Foxes will eek out a draw.

Southampton have been on a slide of late – which comes as no surprise with their schedule – but they need to halt it and they’re going up against a team that’s position is higher than its play deserves, but lower than their team should be.  I think this will be a thoroughly entertaining game with both teams looking for a win to try and position themselves for success at the end of the Christmas run.

Queens Park Rangers and West Brom are two teams at the wrong end of the table.  For one it is no surprise but for the other there was hope that they could start to cement their position in the Premier League.  I expect this will be as dour a 2-2 draw as you can get 50-50% possession all in the middle of the park, 6 shots on goal 5 on target and 4 goals.  I won’t know because I’ll be watching the other side.

Aston Villa are finally in the bottom half but keep pulling out the odd victory (2-1 over Leicester a couple of weeks ago).  At half time they will be winning and the conversations will go both ways:  are Villa better than their possession?  are the team from near Manchester not as good as their six consecutive wins suggest?  Did we call the recovery too soon?  Nope – second half is dominant possession with a trio of goals and more talk that LVG is manager of the year….

Hull failed to score against West Brom. Swansea have failed to beat anyone recently.  It’s a toss up but Swansea are better than Hull and that should count for something.  I think it’s surprising to see Hull so far down the table.. if Leicester can pick up a surprise win against West Ham then Hull will be crowned winner of the Christmas Curse.

Newcastle are are officially in trampoline mode defeats at the front end of the season with speculation of manager of the football clubs future… followed by victories, manager of the month to a disastrous result against Arsenal and Spurs in the Milk Capital Coca-Cola Cup (4-0?  Didn’t no Spurs had 4 goals in them!).  So this is another key point in the season – a home game against local rival  at a pivotal time.  Will Pardew be hero or villain? Will Newcastle sink or swim….are we repeating last year?  I think not, Newcastle will hover mid-table and it starts with a win.

The big game this week is Arsenal and Liverpool home of the fkw.  I’m tired of picking Liverpool to do anything.  Against Basel Brendan played a defensive team (if you could figure out what he was trying to do at all) and I don’t see that he has much of a plan other than praying that Sturridge is as good as we know he can be.  That’s the most damning statement I can make – we can keep blaming the injury to Sturridge for Liverpool’s poor form but can that really be the cause?  I guess Arsenal blamed last year on Ramsey being hurt.. and City are lining up the Aguero excuse … and even Arsenal are looking at Koscielny as an excuse.. yes….Koscielny??

Well it’s a bad week for Brendan and they will lose.

Chelsea are away against a decent Stoke team.  Jose would never admit it but would take a solid 1-1 draw on the heels of a bitter defeat. 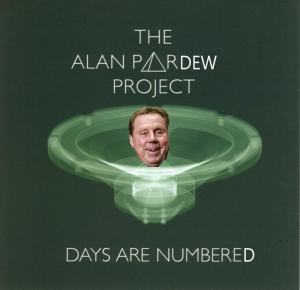 Would be Brendan but I think there’s patience to see how things progress with Sturridge.