Well the next round of predictions are in.  These will contribute to week’s 31 and 35 but I can’t announce the final results of those rounds until they are complete.  I made the executive decision that scores would be based on the beginning of season scheduled round.

Weekly Comments
AB: “BBC Football Player of the Year: De Bruyne vs Salah.
Wish for Salah to be gonged. Both worthy of title.”
Don’t think there is any doubt on this one.  As great as KDB has been,Salah allowed Liverpool to sell Coutinho, play Mane into form, and keep the point ticking over.  Liverpool would be out of the top 4 without him.

ME: “Hope that Spuds and United try hard before the w/e…
Can’t believe Southampton can pull off a big escape…probably another failed prediction”
Man United will not try hard – JM has already said he’s going second string.  I don’t think the 3rd place team has extra qualifying games in Champions League 2018 so maybe it doesn’t matter.  Still, I would think 2nd is demanded by the fans and Liverpool are right on their heals.  Spurs need to win to really remove what heart (if any) is left in the Chelski team.  They don’t even appear to be playing for places with Conte on the way out.

Pegged Saints to go down for a while and I don’t see that changing.  Brighton has the worst schedule ever had it been the meat of the season.  With most things decided they might get some points.

Results
As the results came in last week I expected a really low set of scores. Man U being upset at home (with predictions of 3-0 and 5-0 clearly a shock).  I would have thought Arsenal was a surprise but apparently we have on person who was on the ball this week.  A great week – wins at the picks and sees his team clinch promotion….

And the winner by a country mile.

Speaking of BE…. Hope your birthday is more celebrated than Ya-Ya’s.I know it’s a little early – but so is the title win… and this way I don’t forget to post on Friday! 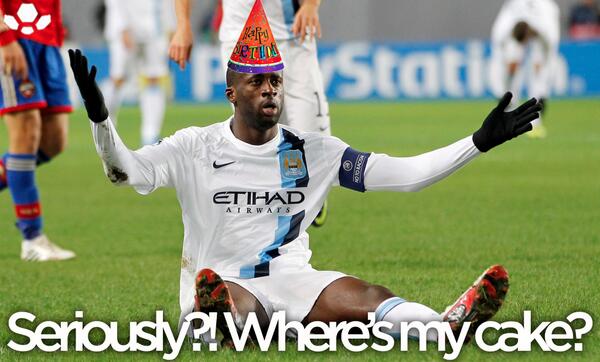 And congratulations to the Citeh – English Premier League Champions!