AM: “Shows how important getting some ‘exact’ scores. Getting ZERO doesn’t cut the mustard! “

Indeed.  I admire the cojones you have in claiming in Week 32 that you weren’t aware of this.. but you shouldn’t worry with just 6 1/2 rounds left you have a clear 2 game win and huge points lead over your frenemy.

KMFE: “Um, looks like I tied for top last week, but you won? Didn’t we win? Or is this another #thisisanfield conspiracy against me?”

I was so surprised to be near the top I got excited and forgot to see if it was a tie.  Unfortunately for you, this week’s random tie-breaker was alphabetical order of predictor and JCE comes before KMFE (just barely)!

Actually, I declare you co-winner for Week 32 and will make that clear by updating the other post.

As for #ThisIsAnfield?  That’s no conspiracy.  I had predicted a home win of 3-1 for the Scousers with a 2-0 loss at the Middle Eastlands but for some reason the CIteh failed to score even though they played so so good.

I called up my buddy Kev to to ask him what happened and he said that they wanted to focus on the league and muttered something about an aging company of some kind.

ME:”Watford will ensure next year in the premiership is safe. Spurs should continue their form.Liverpool could slip up after an exhausting game against Pretty, but doubt it.”
I don’t think we’re safe yet but it’s getting closer -just hoping it’s not another 4th from bottom.

Citeh winning the League.  Liverpool winning while you lose is your worst nightmare!  Thanks for sticking with Watford – in your table we’re in a solid 8th place!

It didn’t hurt me last week so I will produce another summary.

Arsenal V Southampton
Aubemayang and Lacazette took remarkably similar penalties last week and both look to have found some goal-scoring confidence which makes sense at the end of the season with not a lot to play for.  A shocker here as Southampton run the Arsenal defense ragged and walk away wth a victory.

Bournemouth V Crystal Palace
Both teams really need to win to start to move towards safety and one of them is bound to win.  Definitely no draw here.

Chelsea V West Ham United
Chelski have given up on Conte. West Ham have given up on even pretending to care about their fans.  An away win at least means that the Hammer fans can imagine being in a half empty stadium in the Premier League next year.

Everton V Liverpool
Liverpool won 3-0 during the mid-week so are now focusing on the Champions League.  Either the replacements show up and whack Everton or they get thwacked.

I always want this game to be the old Duncan Ferguson style Derby but these days it’s all professional.

Leicester City V Newcastle United
Newcastle are auditioning for Russian oligarchs.  If you want the money you have to win.  Vardy also has a great record against the top clubs and an average record against the bad clubs.  The Magpies are a bad club.

Manchester City V Manchester United
The Derby.  The day the League was won (maybe) and it’s IN Manchester and not Trafford.   Jose has been driving a bus around town looking for somewhere to park it…. but the stadium has plenty of spaces so the game will be free  flowing. 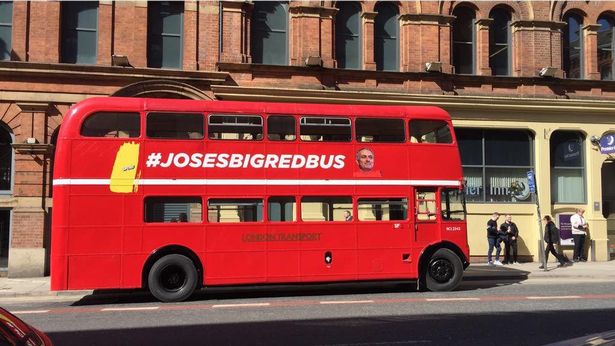 Stoke City V Tottenham Hotspur
Spurs are on a streak but all good streaks come to an end: Harry Kane is back and will disrupt the chemistry that Son has built with the Deli and Chris.

Watford V Burnley
Hard to know which Watford will show up.  The bad one or the mediocre one.  I’m going to guess the bad one which translates to another week looking down the table.