The last two weeks NBC has been advertising Championship Sunday like it’s the most important day of the football season.  All 10 matches at one time across all channels!
It’s like they don’t realize that there is only one issue still up for debate – which team will go to the Champions League.  Will it be the team from Trafford or the team from the Citeh of Manchester?

Arsenal have nothing to play for and therefore nothing to choke away.  I expect a dominating performance in which they go up 2 goals early and move into cruise control.  At half -time they will hear that Spuds are behind and the opportunity is there for the Gooners to take second spot…. they will capitulate and try every form and method to lose including an own goal.  If it wasn’t for the fact that the opposition was Villa they would have lost.  Bye Sanchez – was good to have you for a couple of years. Bye Giroud – you’re rubbish. Bye Villa.

Chelsea will draw with Leicester because neither team has the mentality to hand it in and neither team needs to expend much effort.

Everton have fired their manager (with one game left?) and Norwich are down.  The excitement of a relegation game or coach’s career on the line was removed.  No surprises here – neither team good enough to win.

Manchester United must win to get into Champions League.  While the Red Devils have lacked skill, first team, excitement, effort, willingness, desire, panache in most games they’ve managed to pull out a win when they really need one.  Rooney will dribble around three players, score the winning goal and then play in defense until DeGea decides he wants to move to Madrid at which point #10 goes in goal and saves a penalty.  Bye LGV.

Newcastle were relegated.  Rafa lost his bonus. He’s talking to Ashley about staying but what’s the up side?  Manage a struggling team unlikely to be promoted because they’re the most arrogant, self-aggrandizing set of fans outside of Leeds.  No, you’re not that important.  Your best player was Gazza and he left to play for Spuds.  Your most famous son, Alan Shearer, only went to you once he won a title.  This game will be like the year encapsulated in 90 minutes: you’ll start strong, give hope of a decent game and then totally collapse in the second half. Spurs will finally win.

Southampton will play well because there is a small hope of Europa league.  Crystal Palace won’t because they have no hope of anything.  Few will care.  Manchester United briefly consider losing to drop down to sixth.

West Ham need a win to have a shot at Europe.  Fortunately they won’t get to Europe.  This is good news for the team that next year will start with a strong team, will be gifted a huge stadium, and will struggle to get out of the bottom 5 when Payet moves.  (Edit: I picked this result before learning he was hurt – they may not win.)  Bye Boleyn Ground!

Swansea are doing well but Manchester City will be given a pre-game “pep” talk and pull out all the stops to win – but they will fail.  Luckily, they only need to not lose to get into Champions League.  The last 10 minutes will be a hell only Citeh can deliver with Swansea hitting all three frames of the woodwork in the last 5 minutes.  Bye Pellegrini!

Sunderland are safe. Watford are safe.  One manager is fired and that will make the players try to win. Quique didn’t deliver in the 2nd half of the season and the Pozzos have higher expectations than being tied with Everton.  Besides, the Moose have proved that they can succeed with any manager (there have been 5 in the last 2 seasons or so, what’s one more?  Bye Ricky, I liked you and thought you deserved another year.

West Brom will lose because Klopp will have his team ready for the last 90 minutes.  He doesn’t care if it’s a kick-around or a cup final, it’s a game for the taking.  Tony Pulis will kick out Ricky Lambert and take the exit door.

And on that the season comes to an end.. Bye Newcastle, Bye Villa, Bye Norwich. 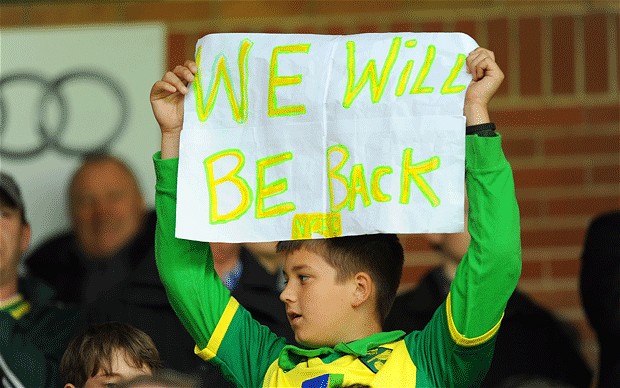