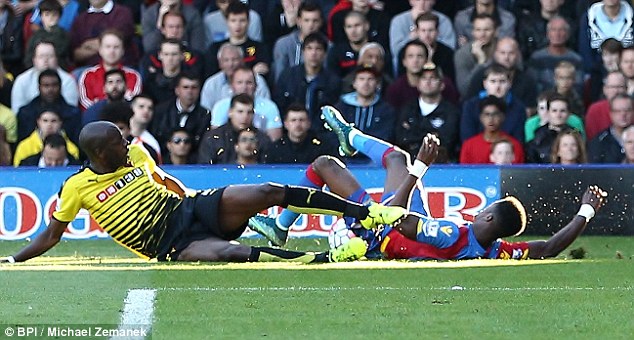 Annoying mid-week games make it hard to organize!  Last weeks results are tabulated but as I didn’t do very well (again) so I’m not going to make a post today and try and sneak it in mid-week when no-one is looking.

Cherries at home to the Foxes. Leicester finally turned the corner and put 4 past a truly mediocre defensive unit. Vardy finally scored.  Three times. I’m sure everyone is going to jump on the bandwagon but the reality is they are still closer to relegation dogfight than a title challenge and I refuse to be swayed so easily.

Still waiting for JE’s pick on this one:

Arse Toffee
Arsenal are on a decent run of three wins and playing the Everton Toffeemen who were 1-0 up against 11 nationalities but ended up getting a thorough 3-2 beat down just last week.  This should be a win for the Arse but Everton are unbeaten at home and I’ve vowed to pick 1-1 for Everton home games for the rest of the year.

Boro vs Scousers (lucky)
Liverpool are not the same time without Tiny Tim but Boro aren’t a very good team even without losing key players.  Predictable and boring Boro should be no match for the Reds.  It seems that Klopp has also finally realized that Lovren plays a lot like and overpaid defender on a team that he’s not good enough for and so there is hope for the recently collapsible defense.

Sland vs Chelski
Sunderland have won 3 of their last 5 but still find themselves as the crap you scrape from the bottom of the barrel. Chelski won’t be an easy game but this is one that could surprise many.  Sunderland can be better than their position but can also be much worse.  I fancy them getting up for it and having a go… but they still won’t score or win and when I said it could surprise many that was on the nonsense theory that they might actually win.

Hammers vs butkey
The cavern will play host this week to the team from Turf Moor.  Typically, Burnley leaves their form at home and travel without packing any goals.

Ooooooooh big game. Shitty little shitsville vs Moosemen
Never a better time to play Citeh – down Fernandinho, down Aguero, coming off a thrashing.  They created goals at the end to make a 4-0 massacre a respectable 4-2 loss. Two late goals against Watford makes them winners… and it will be YaYa making a late push for African Player of the Year.

Wet brom vs Swans
The Albion are a decent team.  The Swans are still my favorite to go down and that hasn’t changed despite a rather random 3-0 victory this weekend.  I don’t rate Bradley, never have.

Stinky Stokey vs Saints don’t go marching on
Stoke are Stingy (or is that really Stinky?) and Southampton are one of those teams you keep thinking will fail but somehow pull together a decent showing.  Stoke will force the shut-out.

Palace (Saha) vs Utd
Pretty sure this is Zaha and I’m pretty sure he will win a penalty by having someone clip his giraffe-like legs but Trafford won a critical game against the Spud-u-likes and that whole exercise will be pointless if you follow it up with a loss to Palace.   At the end of today Pardew will be seeing if he still has a job.

Here’s (not) a video of Zaha training this week – notice Delaney coming in to plead his skinny friend’s case for a penalty!

Spuds dirty Spurs vs hell
Spuds seemingly want to fall out of touch with the leaders early on -having avoided losing by drawing they’ve recently started to avoid drawing by losing.  It’s a good week to get a game against Hull and win an easy 3 points

I’d like to thank the real JE for the alternative game titles.