The F.A. Cup got in the way of the real competition once again… and the week was filled with make-up fixtures to confuse things.

To make it easier I created a spreadsheet with all the remaining games on it even carry overs (green lines were picks last week and can be removed):

This week’s prediction waiting for JE and LJ (who hasn’t predicted a Liverpool Watford game which is disappointing):

Palace are winning and all credit will be given to Big Sam who rolled into town to help a team that wasn’t that bad to begin with.  He grabbed a couple of wins, a couple of brown bags filled with cash, and with just flaunts his oversize ego.  Burnley don’t win away and I’ve been burned trying to pick the turning point.  There may be no turning point and they are just on a straight line to the most miserable away record for a non-relegated team of all time.

Everton have scored 29 goals in 8 and Chelsea have been on a bit of a wobble.  I don’t see the Toffeemen scoring 3 or 4 goals but 2 seems reasonable.  I don’t see Chelsea losing either and I don’t think they’re capable of 3 either.  A score draw.

Man Yoo will be better in the long run for big Z being out.  They can play with more pace and energy and try and score goals…we saw that effective style against Citeh in the week when they scored 3 goals in a great game…. or not.   Swansea have a defence that is magic and appears to do the impossible: be worse than Citeh’s so finally the team from near Manchester will win at home and put pressure on the Top 4

This week KMFE’s Chicago Bears were dumb.  We thus have fears that Citeh could cap the week by dropping out of the Top 4.  It will be close but they will pull it off.

Hull are great at home and can win with even 10 men!  Away? Not so much.

I always think of Harry Enfield when I watch Stoke and I wasn’t sure why until I did more research… obvious!
He’s by far their best player so hope he gets Loadsamoney!

Too little too late but Sunderland will scrap a goal and grab a victory.  I know in my head this won’t happen but I have to close the gap to JE and take some risks.  Chances are Josh King scores just to hand the title to JE. 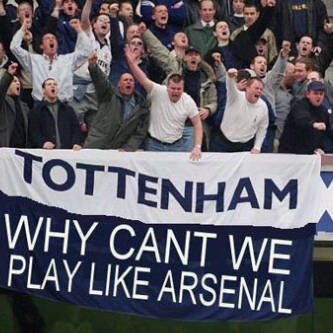 This past week Alexis faked an injury that was almost as fake as their title challenge… but who wore it best?

Watford crushed the Pool last year 3-0 but that was a strange game with a rubbish keeper.  These days the Moosemen  lose 2-0 in a half against 10 men.  Going to be a tough day.

West Brom have been a top half team for a long time.  Leicester have been a bottom dweller for a while.  They are coming closer together and no-one that supports the Baggies wants that.  A little more boing in their step and they should have a good shot (falling slightly short).