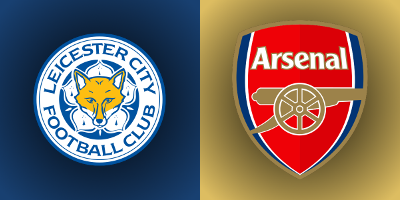 It was a very dour week for Dad who came in second last himself and had his super algorithm tested (and defeated) by the results this week.

You might not know why he is bottom of the three 6 pointers but I can assure you there is a tie-break criteria that comes into play.

Usually I don’t have much interest in the Trafford United versus Chelski fixture because I hate both teams.  I was generally favoring Chelsea because victory has basically no league impacts for European places or relegation so it was a harmless result.  But then something happened:  I realized that with 10 minutes to go and the result at 0-1 favoring the travelling Devils… my Dad was going to get the perfect score and steal the weekly challenge.  I’m not usually competitive but I found a passion for the game where I was cheering on the Reds and the Blues.  I didn’t care who scored but ANY goal would keep me winning.  Only a 0-1 3 pointer could ruin my day.   The last 10 minutes were packed with chances and I actually cheered when my least favorite player rounded the keeper (lucky bounce) and passed it into the empty net!  As a bonus – Louis Van Gaal was going to be interviewed about the basic lack of composure his team showed.

A perfect end to the weekend after the Hornets were disappointing in their Spuds game.

This weeks batch of fixtures look as hard as ever to pick, but here we go.

Bournemouth has been playing well of late and Stoke, despite their image for playing better football got trounced by Everton.  There is a homefield advantage in this series and I admit I hacked into the Anonymous Predictor this week.

Crystal Palace seem to have Watford’s number and spangle-legs Zaha has a tendency to fall over in the Hornets box to win dubious penalties (this is an unbiased Watford fan’s opinion).  I expect a tight match but once again as I was undecided I looked up another result while I had access to the Anonymous tool

Everton seem to score with every shot on target last time the two teams met.  There’s something about Everton that leads you to believe they will eventually try to make a push for Europe but the gap keeps growing and is now double digits.  Berahino may be West Brom’s best player but who knows at this point?  He’s just a potential Spurs target that doesn’t play anymore.  Everton will win a tough fought battle.

Tough to pick a winner when one team is in the bottom 3 and the other team is making the slow slide down the table.  Took another look at the Anonymous tool and decided that the team was correct but changed the score.

Newcastle are bad and nothing much will change that.  Chelsea, still not a force, have at least stopped losing.  Diego is so unpopular that he even gets his nose broken in training and will look something like a second rate super-hero.

Gus Hiddink will preside over another lackluster game and another win.

Cahill also wears a mask so it will definitely be a challenge to tell them apart in the game.  Gary, an England international, is finely good enough to make the team after Zouma’s knee got somewhat destroyed last week in London and fixed in Barcelona… I guess the NHS is too expensive.

I don’t like players to get hurt and even though he’s a Chelski player I hope he makes a full recovery.  I do wish it had been John Terry though.

The last two games feature the top 4 teams and have the potential to make or break the season for teams.  A Leicester win over Arsenal puts them 8 points clear of the Gunners.  Not insurmountable by any means but it starts to put pressure on the team from London and we know how well they handle pressure.   Leicester play counter football and pace up front.  Arsenal usually lose goals to counter pressure and pace up front.  If Arsenal score first it could be a tough game for Leicester to come back into.  If Leicester score first it wouldn’t surprise me to see them reverse the score from earlier in the year (5-2).  Have to believe that Sanchez is hitting prime form and will put them ahead. Walcott will double the lead before an edgy final 10 minutes sees the lead halve and Cech forced into some last minute heroics.

Citeh at Spuds has produced 40+ goals in the last 9 games and there’s only one reason to think that tally won’t increase: Spuds play decent defense and Citeh play awful offence.  There are more reasons to think it will be a high scoring affair and Spurs will pull this one out at the end.  Dembele is playing better than YaYa and Dele Alli is more enthused than anyone in blue.

Three teams within 3 points at the top? Will be an exciting end to this season.