Here are the weeks predictions:

Looks like everyone was on time despite my late reminder – except LS.

I made some quick picks this week because I didn’t have time to do my normal lengthy analysis.

Arsenal V Crystal Palace
Arsene is finally allowed on the touchline after his three match ban for telling the referee that his terrible decision was terrible. Woy’s Boys are moving up the table and are one win away from being in the top half. It’s awmost wike Woy wants Palace to pway like Asenal. He was recently spotted doing an impression of his French opposition.

Jack Wilshire playing forward will lead the scoring with Iwobi following up.  Xhaka will play like a statue and watch Zaha trap the ball, look up, think about it, take a step and side-foot in from 18 yards before pointing at another defender to blame them for being out of position.  Welbeck gets a late winner.

It reminds of the time they had that other European superstar:

Alonso will step and score from a free-kick late on.  Time to make him a forward.

Burnley V Manchester United
At Old Toilet Burnley gave Man You a run for their money but they relied on a fantastic free kick and that won’t happen again.  Pogba is back, Martial is playing forward, Lingard is in and they aren’t relying on Rashford.   Sounds like shutout.

Lingard and Lukaku net one each though Romelu will take 10 attempts to get his on target.

Everton V West Bromwich Albion
West Brom are bottom of the table and away.  Normally this wood be an easy to predict loss but nothing is a given any more and I expect this to be a tight affair.

Johnny Evans will put the Baggies in front before Rooney equalizes.

Leicester City V Watford
Watford are a good team with an outstanding manager.  Or so they said.  Watford are an ok team with an ok manager but are currently doing less than ok.   I expect Andre Gray to net another one of his consolation goals after Riyad “He’s Still In Leicester?” Mahrez puts the home team up two.

Manchester City V Newcastle United
Citeh lost and so now Newcastle will try the press.  One long ball one Aguero later… they fall behind. 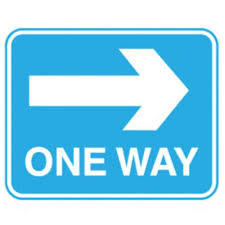 Southampton V Tottenham Hotspur
The saints will lose to a resurgent Spurs.  Kane, Alli, and Erikson will all score leaving millions of fantasy players that captained Kane frustrated.

Swansea City V Liverpool
There will always be goals against Liverpool but I think by now we should get the point that Salah and Firmino will always have chances to score…. and even the Ox can get involved.  Ayew is the only player Swansea has so he will put one past Loris Karius.  I’m sure they wish Loris was LLoris over in Mersey land.

JE: “Has Sanchez signed for united for the weekly wage of the earth yet? Not checked the news!”
No he hasn’t but it’s money that Man U has earned through the money they generate from their fans in London.

AM: “I have predicted a WATFORD defeat and if that proves correct I’ll leave it there, BUT, if they even get a point I will be lodging an official complaint! :-/”
So will everyone else?

ME: “Man Pretty is my banker this week as losing last time out was a good kick up the backside. They will want to show it was just a blip. Can’t say I’d like to be in Newcastle kit this week.”
There are eleven players in Manchester who will be at the Middle Eastlands stadium thinking the same thing!

BE: “I have lost faith in Arsenal as a top team, but I think that they can still beat Crystal Palace, if not, I will be shattered.
Looks like there should be 3 or 4 definite away wins, but there have been a few upsets recently.”
In other words – the top four should win… and Arsenal aren’t in the Top 4.  Not too much argument in general except ME went for a draw at Turf Moor.  That will be upsetting to a few people if that comes true!

AB: That’s staying power http://www.bbc.com/sport/football/42645881
Trivia question for answering in comments.  Who was the oldest player to play for England? Who was the youngest?  And what was the age gap as the tie-breaker.  NO cheating!