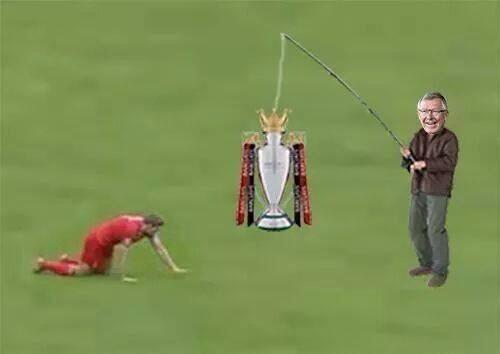 Arsenal V Watford
Arsenal are winning.  Watford are losing. Walter is my favorite to get fired next.

Bournemouth V Crystal Palace
Sam is my second favorite to get fired and Bournemouth are mid-table.

Burnley V Leicester
Burnley have 26 points of which 25 have come at home. Leicester have 21 points and only 3 came away.  I can do math better than predicting upsets.

Sunderland V Tottenham
Do Sunderland have enough players to start this game?  They might but only one of them can score.

Swansea V Southampton
Swansea have (maybe) turned the corner and Southampton are either on an up or a down.  I tossed a coin on this one and it landed on its edge.

West Ham V Man City
Citeh blew West Ham away in the Cup… but that’s the cup and the cart-horse is back and will clippety-clop to a goal in a much tighter affair.

Man Utd V Hull
Hull are going down.  Man U are destined for Europa.  I already said I could do math.

Liverpool V Chelsea
Liverpool must win and at home this is one of the most important games of the year and we can’t afford a slip-up if we want Chelski to fail.

*Apologies to LJ for the Featured Image.  Thought it was funny.