Bit of a rush today but I’m committed to getting this out!

Today’s picks are hard because I always want the Hornets to win and I always want the team from “near Manchester” to lose.  Unfortunately, this week I have to make the prediction that I hope more than any other I will make is totally off the mark:  Watford losing at the Vicarage Road stadium to the “mighty” reds…   a draw would be reasonable… but of course a win desired.

Manchester will be down a few strikers but after starting the season well, Gomes had a nightmare last week.  His blunder could be one of those that’s a season changer for someone in a position that doesn’t do well with fragility in the brain.  I’m betting on him coming back strong.

Rooney hasn’t been great and Manchester have made a habit of getting better results than they deserve.  Quique “Dr House” Flores has created an organized, structured, and hard to break down team who like to counter.   United struggle when the opposition opens up so I’m hoping that there’s a little buzzing around in midfield and a sting in Deeney this week that will provide a little spark and provide a point for the Moose men.  Man United will once again look disappointing but walk away without suffering a loss.

I refuse to not pick Chelsea to win until they actually win.  At home against a Premier League newly promoted team has to be the best opportunity they could have seen coming.  Not sure who is going to score for them and not sure who’s going to successfully defend for them, but somehow they will come away with a 2-0 win.  Finally a week where they keep a clean sheet.

Aston Villa have been Horrible with a capital H.  Everton have been better and have had a hard season opening stretch. Deulofeu has been putting pin-point passes splitting the defense with Lukako finally putting together some goals.  I’m not sure what’s more certain – Aston Villa losing or Everton losing Deulofeu back to Barcelona when his loan is up.

Newcastle have turned the corner!  It’s about time Leicester will too.  It’s hard to imagine the Foxes in the top three going into the Christmas break so they simply have to lose.  Leicester have been leaky and Vardy is not fully fit so it’s time for Perez to prove he’s as good as the weekly commentators say he is.

Southampton and Stoke is a game that’s impossible to watch with both playing in red and white stripes.  It’s almost impossible to tell them apart.  Sunderland are simply no good.  They will therefore lose.  Sometimes it really is that simple.

Bournemouth are in a slump.  New promotion enthusiasm has waned.  Quality players have suffered season ending injuries.  The money tree can’t be harvested until the transfer window so it’s going to be a long downhill slog into the new year. Swansea have had their slide and will start to climb their way back.  Time for Gomis to get back on form.  Bet of the week is Gomis to bag a brace.

West Brom and Arsenal.  Everyone expects Arsenal to score at will.  No one expects West Brom to give up more than 1 goal at home under Pulis.  So some will be surprised and some won’t!  I expect the old tradition of picking 2-2 draws for West Brom to actually hold up this week.

The Citizens have been good and bad this year.   Most of the good is Aguero and Silva and most of the bad has been Bony.  Liverpool have Klopp – who won’t be a flop and Coutinho who has finally started to play a bit like Hazard should.   Still, a comfortable win for the Citeh as Yaya returns to some form moving forward and their 13 year old superstar puts together another great performance. 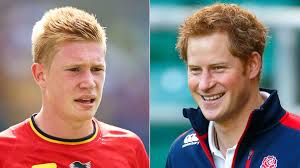 West Ham got shown up last week by Watford’s moose men last week and my Dad would have me know that the Spuds are better than them.  This does not bode well for the Hammers who are going to slowly descend down into the second half of the table.  Dembele is finally proving he’s a great player (about time) and Lamela is finally proving he’s not a waste of space (about time) and Lloris is still a top keeper.

Crystal Palace and Sunderland is a game I won’t be watching as these are both teams I tend to avoid if possible. A draw seems a fittingly bad result.

One Reply to “Round 13 – Premier League Picks”