Another week with JE being late – hopefully there’s some Mourinho time.

Palace are in a Pardew rut – these tend to happen a little later in the year so is not a good sign for the Eagles.  Citeh don’t have to worry about the Champions League this week so they can focus on getting more of those penalties they can’t put away.  Citeh will still win because Aguero scores goals and Kevin “Prince Harry” De Bruyne sets them up unless he gets distracted by his new girlfriend.

Everton got thumped by Chelski so luckily they are playing a hapless Welsh team managed by an American.  I don’t have anything against managers from the U.S.of.A; however, Bradley is not my favorite manager and is typical of the anodyne sports personality that America is breeding.  One tackle at a time.  One game at a time.  Hard work.  100%.  Yawn.  It takes work to make you want to listen to Mourinho but BB makes that happen.  This week will see his team losing one game at a time.

Manchester United, despite not being any good are not far off the top of the table.  Being thrashed by Chelsea and failing to score against Burnley means that a nil-nil draw might be a good result for them.  Park 10 players in the box and go home without a loss.  Arsenal will mess up this plan by attacking like gangbusters and allowing themselves to fall a goal down.  This will open the game up and the Gooners will take over and win.  Rooney may be a distraction after getting plastered at a wedding.  According to a newspaper named after a giant star – “He couldn’t string a sentence together”.  To be fair, I don’t think a London tabloid can speak scouse.
Boro at home to Chelski.  A route in this one because the wing-backs in the back 3 system will be fresh and ready to go.  We’ll see how the blues do over the winter break but for now they will be decent.  Let’s be honest- Boro are bad, that’s all that matters.

Southampton always seem to play well against ex-Southampton and the scousers are due a slip up.  Combined forces will leave this game in a mess draw.  Of course one of the Saints players (Lallana) won’t be playing so only 1/4 of the team will be the players Southampton felt they could dump.

Last week was good for Moyes Boys and Sunderland. 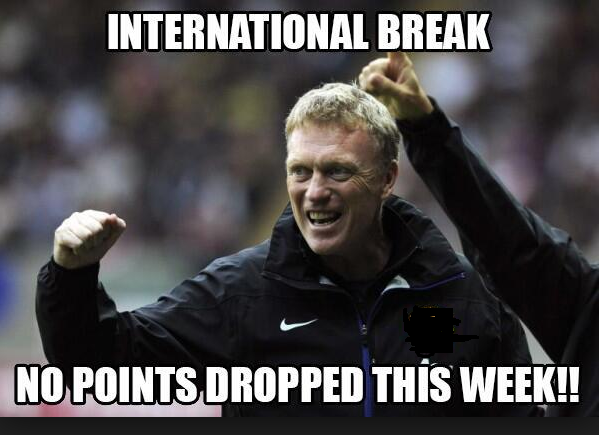 Sunderland don’t win at home or away. I don’t think Hull are going to win for the rest of the year.  So the conflict was resolved with a coin toss – heads, Sunderland win.  Moyesy keeps his job.  Phelan was kicked out of Sunderland by Moyesy so a piece of me is hoping his team wins.

Spuds have Kane who is trying to get himself bought by Trafford United.  He will take corners, free-kicks, and shoot from everywhere to get the goals that will force Mourinho to make a huge bid and encourage Spuds to make contract offer.  They need to work on this now because the contract only runs through 2018.  Having watched the Hammers play in the echo-chamber that is their stadium, Spuds must be thrilled to still be at WHL.  They will rip into West Ham because I’ve given up waiting for them to turn it around.

Watford were terrible against Liverpool.  They won’t be as bad again or the Mazzarri will get fired.  Has anyone seen Ighalo?
Leicester are not the Leicester of 2016 and watford aren’t he Watford of 1984.  A draw seems fair.  Go Hornets!! Get that Draw!

West Brom and Burnley.  I can’t watch Monday games so I don’t care too much.  2-1 is a random guess that I found laying on the floor.