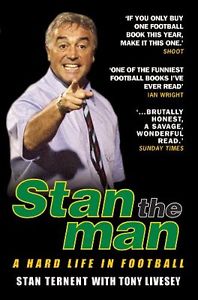 One game down and there is a clear leader (an exact pick of the Everton-Palace 1-1 draw).  The picks this week feature the usual crowd (thanks for participating) and Livi who feels compelled to play again now that he beat me last week.  I can only hope that I can pick up some tips and hints from his expertise.

Once again SC3 has copied SC2 because it has yet to complete its own personal pick automation homework.  It doesn’t copy SC1 because that intelligent algorithm continues to spit out 2-1 victories for the home team.  Once SC3 is complete is will run scores back-dated through the first number of weeks.

The observant among you will notice that JE does not have any picks above.  Did he forget? No.  As he doesn’t appear to know what the EPL teams are called he makes them up and for that reason he has his very own pick sheet.

I have no idea who Stan Ternant is but he probably played in the same era as Jeff Astle.  I actually confused him for Frank Sidebottom for some unknown reason.  As for the car keys .. I believe that a police office was entrusted with using a proper official police tool to enter the car (it looked like a coat-hanger).  Young delinquents have no interest in fast sports hatch anyway so it was perfectly fine.

Burnley are clearly a brilliant team having beaten both the Hornets and the Scousers this year – something that Arsenal, Trafford United, Spuds, Chelski have all failed to do.  Arsenal dismantled Chelski and this week is a clear win.  I can predict this comfortably because after a few years of disgruntled Gooners wanting to get rid of Arsene, it would be fitting that he take the England job vacated by Big Sam and his brown bags of cash, that the fans will start holding up their “We Love Arse!” signs.

Everton will draw 1-1 with Crystal Palace in a game with decisions neither manager is happy with but everyone agrees is a fair result.  Lukaku will score.  Benteke will score.  I am very confident in this summary.  The match already happened.  I am writing this like a spy novel.  Lots of choppy short sentences.

It’s impossible to see Chelsea with a clean sheet without an aging defender who is replaced by a forward playing midfielder who forgets sometimes he’s supposed to mark the opposition.  It’s harder still when you look at a 6 foot 13 inch goalkeeper who’s about as agile as a glove wearing giant.  Of course, they are playing Hull who started the season on adrenaline that has slowly seeped away into a series of losses.  Conte better hope they win. 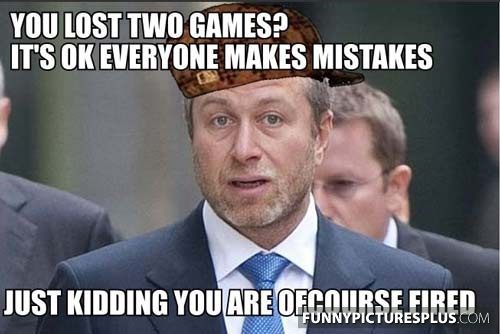 Leicester are not the Champion team of last year and Southampton are never the team of the year before. Should be a tight encounter with Leicester just holding off the Saints.

Trafford United are going to stick the knife into Mark Hughes (the most overrated manager since Big Sam and Big Ron and probably any other manager with Big in their name) with a home victory.  Mourinho will be called a genius for reintroducing Rooney back into the team to spark a 0-0 bore draw into a dominating 2-0 because whenever the team wins its because of the Chosen One…. and when they lose… the referee.

Sunderland will be furious that they gave up a 2-0 advantage over Palace and lost.  They will go out and attack like they’ve never attacked before and show no mercy and their two shots on goal will both go in. They will panic and West Brom will accidentally stop defending and score.

Swansea are in Wales  and as has been discussed should not be in the EPL – not because they’re Welsh but because they aren’t good enough.  Ok, because they are in Wales.  Liverpool are looking improved this year but still inconsistent.  An away win will keep them top 3 and let people dream of the past where Kenny, Sooey and Rush won trophies.

Spuds without Kane.  Man City without DeBruyne.  Advantage to the Russets.  Even then with home fans they are only on a equal footing.

I can’t ever predict what Elton John’s meese are going to do – pick them against Arsenal (hammered), pick Manchester over them (give hammering), and then the hammering of Hammers followed by a Burnley burning.  Tossed a coin and it landed on it’s side.  I asked the SuperComputer and it told me 2-1, so 2-1 it is.

Nothing is exciting me more than watching West Ham lose in a giant stadium with a little field.   I want a Championship team to have a 70,000 seater stadium that has the ambience of a canyon.  It’s so cavernous that they sing “We’re forever blowing bubbles” once and they get to hear the echoes for a full five minutes.  Unfortunately, they will win.