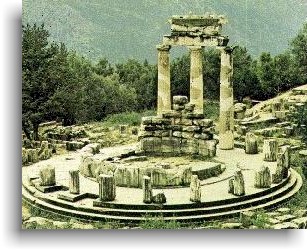 Well last week was, depending on your point of view, either a catastrophic failure or a chance to witness the second coming of the oracle.  I didn’t even look at the results last week – I just asked KMFE what she thought the results would be and took that as gospel.

Did you see that?  4 Exact and 4 where the goal-difference was correct and only 1 wrong?  That’s insane.  The fact that I came human-last getting 7 correct results is disappointing but I put that down to being contrarian and having knowledge of other picks (accidentally) ahead of time.

I had 2 of 3 bets come true so my imaginary 3 pounds is probably still worth 3 pounds so I’m going to play the same bets this week.
Both to score: The Far Eastlands Team at the Old Toilet  4/5
Win to nil :  That would be the Ski team away from home 7/4
First to score:  Theo scoring against his former team 13/2

Here are the picks for this round.

The Supercomputers (who won 2 weeks ago) came last last week so some algorithm treatment is still required.  Due to a glitch, SC1 continues to pick 2-1 for every game and SC3 is copying SC2.  There will soon be some algorithmic updates to automate SC2 (using a 3rd party sourced input) and SC3 (using home grown non-copying-fully-original algorithms) that I think will end up with SC3 taking control of the rankings.  I would show the aggregate standings but KMFE is so far ahead it’s embarrassing.  I’ve recalculated using the standard BBC scoring and she would be leading the predictor game (or at least I think  so don’t check).

Thanks for participating – this gives me a reason to care about results other than Watford – who are not having the best start.  More fun banter will be available when no longer on vacation having a good time 🙂

What is the relevance of the featured image (shown on top of post).  Answers in a stamped self-addressed envelope or in comments.