Thought this week I would document a puzzle that I’ve completed by Heye. I bought the puzzle at Amazon because I found it somewhat amusing. I thought I would snap a few of my favorite scenes from the puzzle for your enjoyment.

This will be a two-part series! It’s like a home-away qualifier.

How A Puzzle Starts 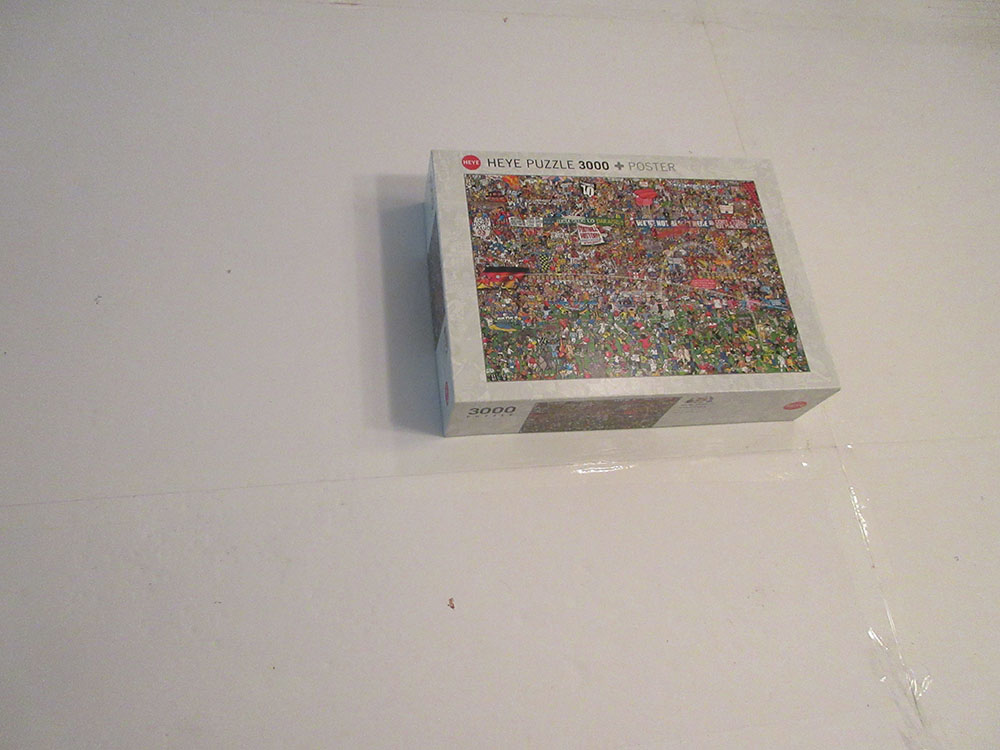 How A Puzzle Really Starts

This is how a puzzle really starts for me.  Every piece face up. Edges in the pile.  Usually I will have one further pile for the initial sort -I don’t have enough brain power to do a sophisticated multi-sort. 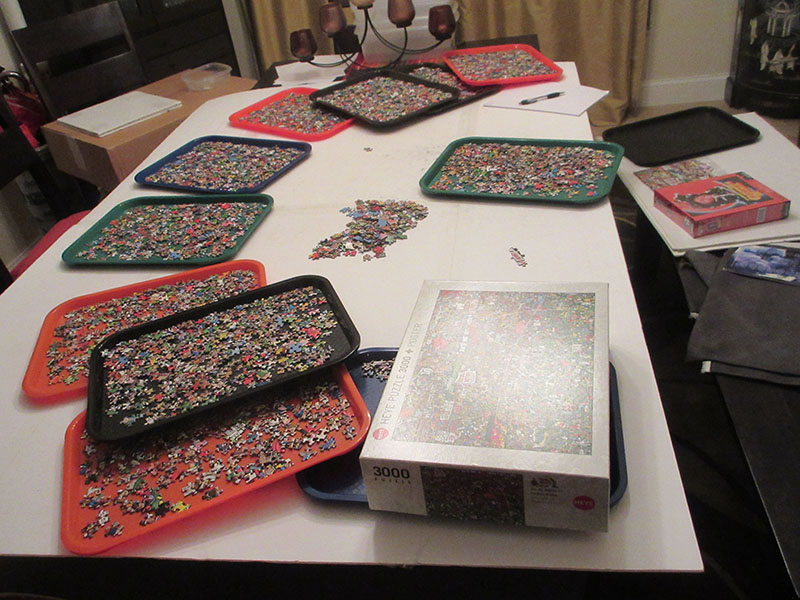 Sheffield 1996.  Probably the peak moment of Gazza’s career happened about 10 seconds before alcohol became involved.
Teddy providing the smouldering good looks and the lack of smarts.

Dave Mackay hated this photo because he thought it made him look like a bully; however, he always signed the image and accepted it’s one of the most famous moments in sports.
A signed one is owned by ME courtesy of JE.

Brian Clough isn’t everyone’s cup of tea; however, he is the owner of some of the classiest/funniest/most disrespectful quotations of all time (Bill Shankly has some better ones).

Manchester some time in the 90s.  I didn’t see this live but I can still remember my housemate letting me know about this in the morning.  I thought he was winding me up like Fish wind up Seagulls near a trawler (or something).

One of the most cocky goals every scored.  From Zero to Hero.

Made the cover of every magazine at some point – Terry Butcher bleeding to death.  In the background

In the background is the best streaker of all time:

In 1993 Steve Morrow scored the goal that beat Sheffield Wednesday  and in his celebration he broke his arm live on TV.  I remember laughing at the time which is a bit mean.

Baddiel and Skinner recreated the event (they will be featured in part 2):

I grew up with S&G and I loved Jimmy.  I’ll never forget when he was commenting on a game and a hapless striker clean through failed to score – Jimmy just said “You’ve got to drop your shoulder, son”.  Greatest finisher of all time (maybe).