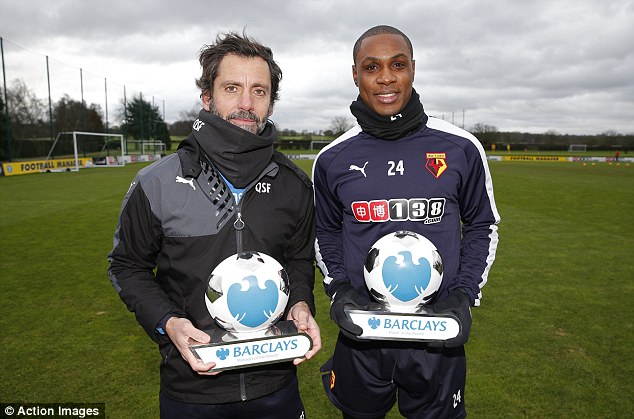 Mid week picks weren’t too bad considering the algorithm short cuts were taken; however, you can see where the quick turnaround showed up as failures with the picks significantly underestimating the goals score (i.e. 1-1 for Liverpool vs Arsenal was clearly not accounting for all the defensive failures).  That said, I have no excuse for the universe suddenly putting the planets into an alignment that allowed for an Aston Villa win.

Looks like the competition is on again this week with me picking against la famiglia and they are quiet competitive especially when it comes to the Super Computer picks that my dad programmed (seems buggy to me as it keeps picking 2-1).

Looks like a unanimous selection for Spuds this week which says a lot about how far they’ve come in a couple of years.  This is most surprising when you consider that over the course of the last 5 years Spuds have the lowest net-spend of any premier league team – less than even Watford who like to “borrow” their players from various 2 teams in Italy and Spain (non-verified source).   Sunderland have been improving so I expect it to be quite a tight affair.

Bournemouth and Norwich are bottom half teams separated by only a single point.  Bournemouth aren’t afraid of scoring and Norwich aren’t afraid of letting goals in.  Have to favor the home team in this one.  Even only just after half way through the season these games are critical what are called 6-pointers.   I don’t get that term because generally the teams are losing most games so a win is just really a 3 pointer but tomayto-potahto.

Everton should be chasing a European spot but they just don’t seem to understand that they need to score more goals than the opposition and that a draw is only worth a single point.  They’ve stale-mated an incredible 10 games so far which is drawing more often than Tony Hart (blast from the past – who else remembers morph – a skilled footballing claymation).  Chelsea are better but still not a force with some liabilities at the back.

Manchester Blues, the Citeh, should easily win this game.  They of course lead the top net-spend over the last 5 years and should romp and rout the little Eagles (actually, Citeh have spend way less than Trafford United , though you wouldn’t know it from the style of play).  The Blues haven’t been dominating but this pick is solely based on the fact that Crystal Palace lost to Aston Villa.  No team should lose to Villa and beat anyone in the next game, let alone against a decent team.

Southampton dominated a decent Watford team according to Twitter (it’s how I can watch midweek) but they’ve really been very inconsistent.  Only goal difference separates the teams right now so the advantage of a home game will see them through.

Aston Villa should have no chance against Leicester.  Let’s leave it at that.  Of course last year Leicester turned things around and went on a winning streak that took them from basement to safety and there’s really nothing to stop the Villains doing the same.  Well, except they’re Aston Villa and they won’t.
The big game this week will be interesting as it features two teams that both scored and allowed 3 goals in the last game.  One had an excuse (they were playing Arsenal and had an entire hospital ward dedicated to their players).  One did not (they were playing Newcastle).  It’s hard to see any passion from the Trafford United at the moment so there should be a good chance for the scousers to keep slowly ascending the table if they can keep their head and control their emotions.

I think Klopp will open it up and set the players free at home.  it’s important to him that the team connects with the fans and I think the Reds (the real Reds and not the Devil Reds) will understand that this is the most important game of the year so far for both the team and for Klopp.

Another critical game for Arsenal that will differentiate them as pretenders from title challengers.  A mid-week draw at Liverpool and an away win at Stoke would go a long way to getting the big 4 nervous but we’re talking about Arsenal and they don’t like to make anything easy for their fans.

Watford have lost three on the bounce and the fans are restless because safety has yet to be achieved.  This is actually quite an amazing state of affairs – I think most Hornets fans would have thought that a three game skid would have been the start of a five game skid.  It’s even more shocking that the games included Citeh and Chelsea and was preceded by a 3-0 win over the team from Liverpool.  This game is a key indicator.  Swansea at home with the season slipping away with a managerial uncertainty against a pretender.  A solid victory is needed to keep the best mascot in football happy.  Unfortunately, I see one more week of nervousness and concern until QFS takes control and rights the ship.  A big win for Swansea and a bad loss for the Moose.

Congratulations to the Watford pair for Manager and Player of the Month for December!